This blog may aggravate some people, though it shouldn’t. In any case, as a long-time professional educator and historian and now an author of novels intended to illuminate the evils of racial discrimination, I would be remiss if I did not write it. And post it as well on Facebook. Notwithstanding my earlier blog lamenting the ever-growing public penchant for soundbite-sized commentary.

For a long time in our country, a popular refrain in church pulpits, and even in everyday conversation, has been the admonition to “Get right with God.” Folks use it to convey a variety of meanings, not all related to religion. But anyone who believes that “getting right with God” is required of those who would follow Him needs first to “get right” with racial equality and equal justice. And so does everyone else. 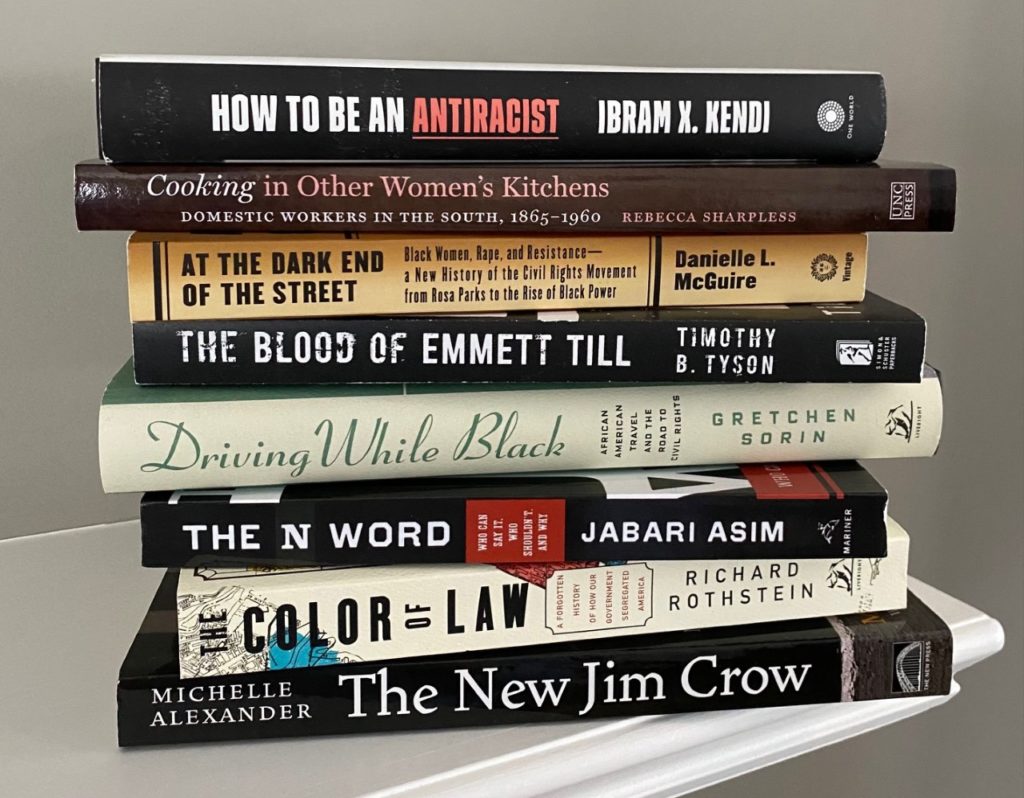 Along with a whole bunch more people—but, sadly, not enough of them—I am increasingly dismayed by the continued failure of our country and our citizenry as a whole to come truthfully and effectively to grips with America’s racist and discriminatory past and present. I am dismayed by the lack of knowledge among so many about our nation’s history of racial discrimination. I am dismayed by those who believe that pointing out these things in our society is somehow un-American or un-patriotic. And I am dismayed by the unwillingness of so many to take time to exercise discernment about where they get information regarding current events and to distinguish between fact and fiction.

Particularly dismaying is the failure to recognize, understand, and condemn ongoing systemic racism in our country. By that I mean such things as racial profiling, housing and loan discrimination, underfunded education, inadequate access to healthcare, flaws in the criminal justice system, and more—a whole laundry list of negative policies and practices that too many in the majority either support or prefer to ignore.

Even more dismaying is the failure of so many, still, to recognize that our immediate ex-President and the white nationalist groups who follow him, often in cult-like fashion, are undeniably racist. Or having recognized this inescapable reality, they continue to support him and those who enable him because they see him as a means to other ends. That is unarguably inexcusable in a nation of laws with a populace that in general professes to believe in truth, honesty, and human decency. 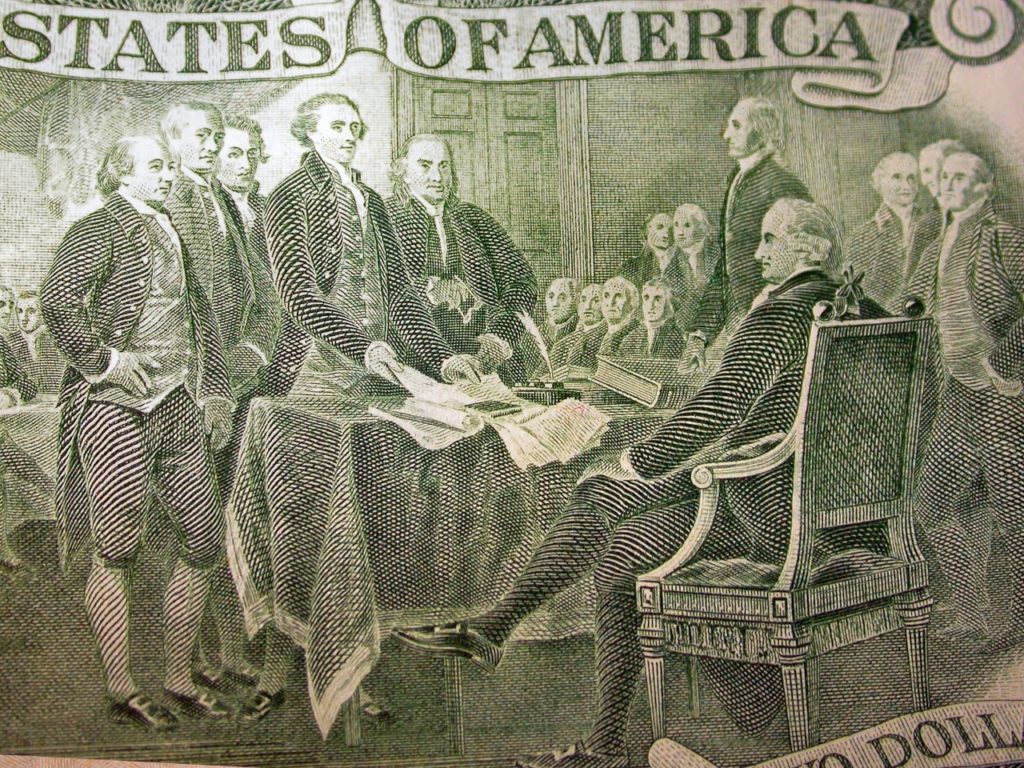 If anyone still doesn’t recognize that the ex-President is racist, despite insurmountable written, audio, and video evidence to the contrary in things he has said and done, then please do two things. Take time to examine his now-terminated 1776 Commission and compare its intent to the aims of the 1619 Project. Then take time to go to C-Span online and read or listen to the entirety of the House Managers’ recent presentation in the U.S. Senate.

Both the 1619 Project and the 1776 Commission are efforts to illuminate and correct what those who created them regard as erroneous or inadequate interpretations of American history. Both are also controversial, in that each has supporters and distractors who view them through the lenses of their own beliefs and ways of looking at the past. The goals of the two are, however, not generally disputed. 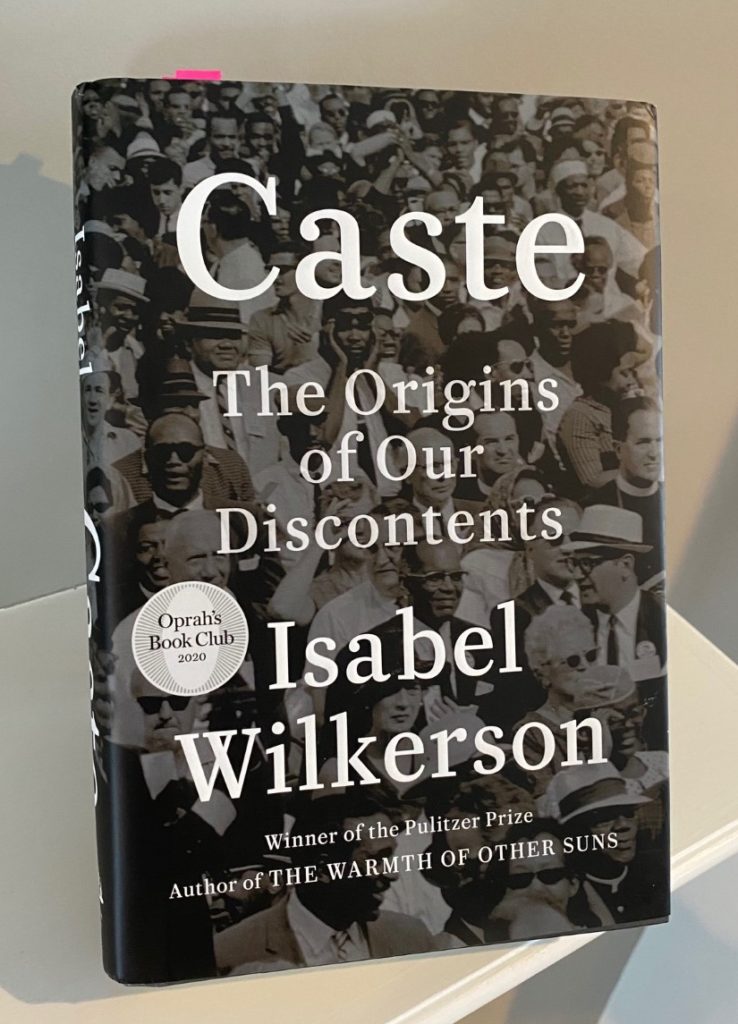 The 1619 Project is a partnership between The New York Times and a group of historians of slavery and African-American life. Its purpose is to “place the consequences of slavery and the contributions of black Americans at the very center of our national narrative.” Anyone who reads—as opposed to hastily skimming selected portions of—Isabel Wilkerson’s Caste: The Origins of Our Discontents will clearly see the need for that.

The recently terminated 1776 Commission was an effort by the ex-President to counter what he called a “twisted web of lies” about systemic racism and to support a “patriot” educational agenda that would debunk the “radicalized view of American history” that he erroneously and prejudicially felt the 1619 Project represented. 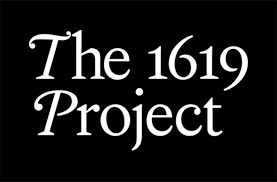 The 1619 Project is not without controversy. Its primary author made a critical false overstatement, which she subsequently acknowledged—namely, that the American colonists rebelled against Great Britain largely to protect slavery. That subjected the project to widespread criticism. But the overwhelming majority of respected American historians will tell you that with this one exception the 1619 Project, not the 1776 Commission, represents the more reliable interpretation of our nation’s past. As historian Leslie M. Harris has written, “It is easy to correct facts; it is much harder to correct a worldview that consistently ignores and distorts the role of African Americans and race in our history.” Making such a correction, however, is precisely what the 1619 Project strives to do.

In addition to offering two opposing views of the overall course of American history, the 1619 Project and the 1776 Commission differ in one other critically important way. The 1619 Project was, and is, led by accomplished and recognized scholars. The 1776 Commission was led chiefly by conservative activists, politicians, and intellectuals. Not a single scholar of U.S. history served on it.

Polls indicate that a majority of Americans believe that in the recent impeachment trial the House Managers argued persuasively that the ex-President incited—both over time and on the day of—the January 6, 2021, attack against Congress, which was nothing short of an insurrection against the United States. Fifty-seven percent, a significant majority, of U.S. Senators agreed. Even the Senate minority leader agreed.

That individual said he voted to acquit the ex-President only because he didn’t believe the Constitution allowed an impeached official to be tried after leaving office. History shows clearly that this belief is incorrect, but that didn’t stop the minority leader from using it to stake out a kind of “middle-ground” position he apparently hopes will enable him to keep money flowing into his party’s coffers and perhaps assist him in returning to the majority leadership at some future time. That is nothing short of a sacrifice of principle for power, and sadly he is not alone in his willingness to travel down that road.

Anyone with an open mind and a reasonable knowledge of civics and the English language should be able to grasp that the Senate did, in fact, have the authority, based on the Constitution and precedent, as well as the duty, to try the ex-President after he left office. And those same folks should be able to see that the House Managers demonstrated beyond a reasonable doubt that he was guilty as charged.

These are admittedly complex issues. But it should be clear to everybody that beyond the ex-President’s narcissistic impulses, personal racism, and inciteful rhetoric over time, racial prejudice and fear of a not-very-distant period when whites will be a minority in America lies at the heart of what drove the mob on January 6. It should also be clear that the continuation of such thinking is both contrary to racial equality and equal justice and is, therefore, an ongoing danger not only to our democratic ideals, but to our country itself.

Ultimately, I have to wonder. How can anyone who does not accept the ideal that every person—regardless of race, ethnicity, nationality, gender, gender identification, creed, religion, or sexual orientation—is equally entitled to fair and just treatment under the law and in everyday human interaction ever legitimately argue the right or wrong of any other matter?

I fervently hope that increasing numbers of Americans will come to realize that the answer to that question is that no one can. I hope further that a “good side” will emerge from that realization, and that eventually all of us, or at least the vast majority of us, will “get right” with racial equality and equal justice. Our nation will be stronger and better for everybody when that occurs.