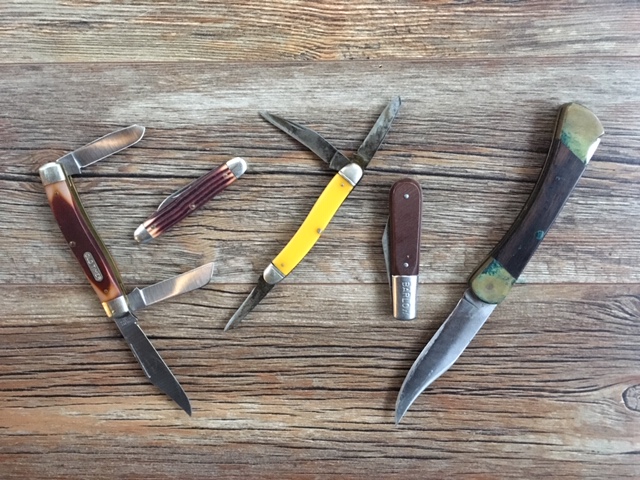 Lately, passwords have got me thinking about a character in my novel South of Little Rock. Some folks thought he was too old to do his job and he ought to just retire, find a good pocketknife and a chunk of wood, and go sit on a bench under the town whittlers’ tree.

It used to be that all you needed to find your way in the world was a good sense of curiosity, a middling amount of “get up and go,” and the willingness to say, “May I,” “Please,” and “Thank you.” Now sometimes—all  too often it seems—when you want to do something new, you have to go online or look for some sort of app on your smartphone, and then you need to create a new password.

And when that happens, it’s sometimes hard to ignore that there’s a ton of advice and a whole mess of warnings out there about all the do’s, do not’s, and dangers related to passwords and password protection and scams and spam (the “I’m-here-to-annoy-you” kind, not the kind that comes in a can). And if you listen to all of it, you either stop doing anything at all or you pucker up so tight that after a few days you have to take a…. Well, you know what I mean.

But don’t worry, artificial intelligence is on the way. According to what one reads in Wired or The Futurist magazines, or heck, even in Time, pretty soon we’ll all be synced up with computer implants so that all we have to do is think a question or a command, and violà, we’ll have the answer we’re looking for, or the thing we’re thinking about will happen. Can’t you just imagine a boxcar load of scenarios where something like that’ll get you in a heap of trouble?

Soon after that, they say we’ll have singularity, which I wonder if we’ll even recognize when it happens. Shucks, even a lot of those folks who’re working with their noses to grindstones to bring it about don’t even know whether they really believe it’s a good thing.

If you think too hard about all of this, you may start to feel like that character in cartoonist Al Capp’s Lil’ Abner who went around with a cloud over his head all the time. Joe Btfsplk was his name, if I remember correctly. I didn’t look it up for this post because I couldn’t remember my password. You’ll have to do that yourself, or ask Alexa or Siri to do it, if you know them. Personally, I’ve never met them, though I have had words with Siri on occasion (I think she probably should have her hearing checked). Anyway, I don’t suppose many people are worrying about a Joe-like cloud because there probably aren’t that many of us left who remember who Joe Btfsplk was.