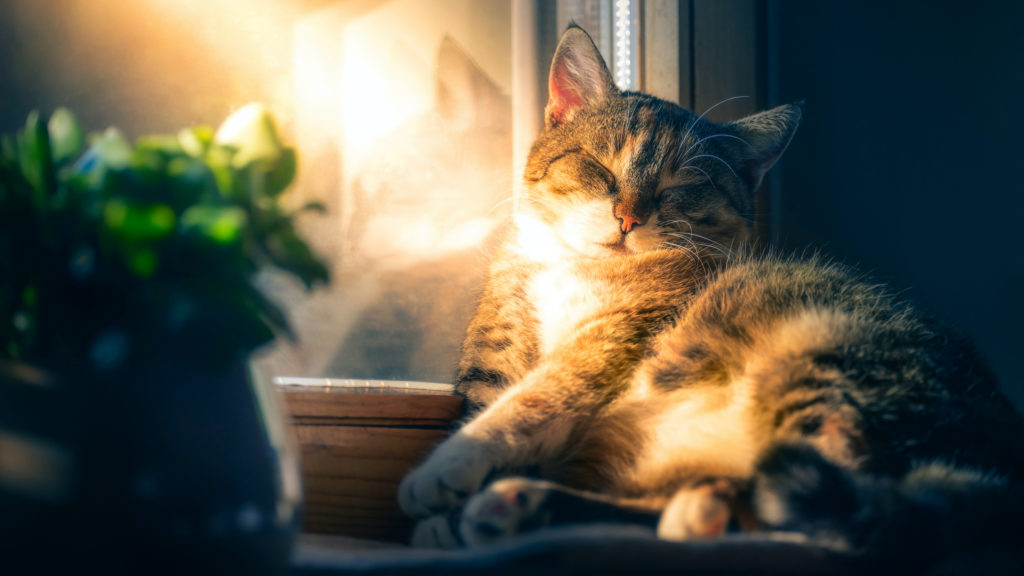 The proverbial “they” say sunshine doesn’t smell. But I say it does. That’s because I’ve smelled it, many times. I hope you have too. If not, I feel bad for you, because you’ve missed a lot. Meanwhile, you may be thinking I’ve gone off my rocker. There are others who will say you’re right and cite what they think is even more convincing evidence. However, that’s an argument for another time. Right now, I want to talk about sunshine because it makes me happy. That may also relate to why I can smell it, and I’ll get to that in a minute.

I’d like to think that you are so “into” this blog by this point that you’re wondering what got me started on this topic. Whether you are or not, I’ll tell you anyway. It’s two things: one that started four or five years ago and keeps popping up when I’m out in the sun—even when I’m wearing a hat—and one that started about a year ago and pops up every time my dog Gracie “suns” herself in the yard. Come to think of it, both things have origins that go way back. 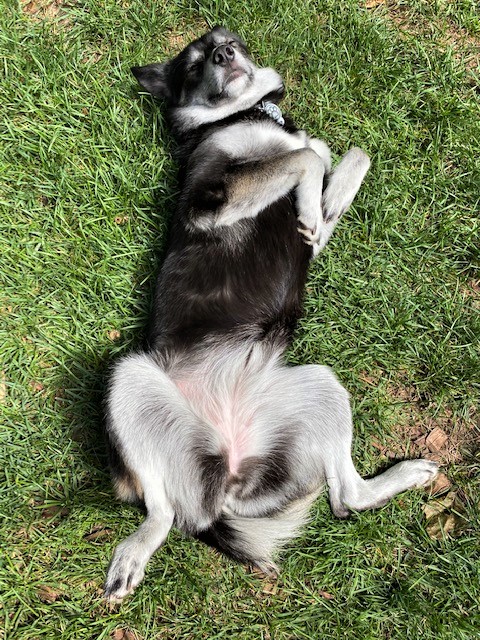 The first thing, the one that started popping up a few years back, has to do with something I wrote in an early draft of my novel South of Little Rock. I wrote that when a little girl came running and jumped into her father’s arms, he hugged her and “smelled sunshine in her hair.” A writer friend, someone with tons more training and creds than I, and who was gracious enough to critique the manuscript for me, drew a line through that sentence and wrote in the margin that sunshine doesn’t smell.

After some discussion, I acquiesced and wrote that the dad smelled “sweetness in her sun-bleached hair.” I don’t know if my friend will read this, though he’ll receive a copy. If he does see it, I’m sure I’ll hear about it. So, let me just say now that if not for his early mentoring about long fiction, I may never have written a novel, let alone have two out now with a third in progress. Looking back, though, I wish I’d kept my original line. 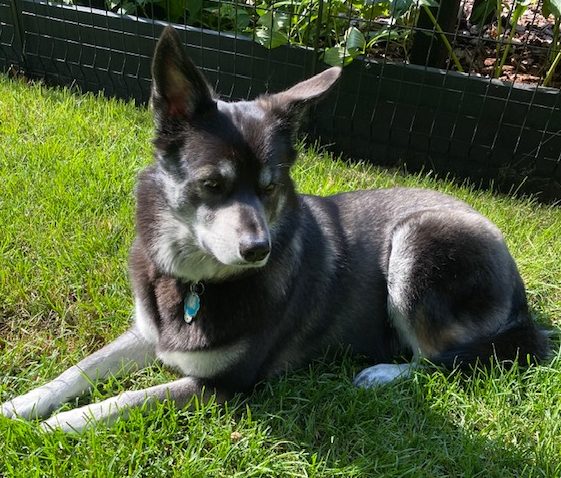 The reason I say that has to do with the second thing that got me onto this topic now. Anyone who’s seen my Facebook page knows I’m over the moon (and maybe also the sun) for my two-year-old rescue dog, Gracie. Among the many things I love about her is the way she smells after she’s been sitting in the sun, for even a few minutes. I don’t even have to get down close to her to whiff the warm, pleasant, happy odors of sunlight, cleanliness, and puppy, all rolled into one. But I confess that I do like leaning down and smelling the top of her head because doing so magnifies my happiness.

If you have a dog, you probably know what I’m talking about. The same applies if you have a cat. Or some other furry animal. I still remember a barn cat I raised when I was a kid. Tiger, a grey tabby, was not an indoor cat. He was an out-and-about cat that got into almost everything there was around to explore. But when he came in out of the sun and lay in my lap on our porch swing, he gave off the cleanest, warmest odor imaginable.

So, don’t tell me sunshine doesn’t smell. I’ve experienced it, and I still do.

A master’s student at the University of Copenhagen loved the smell of her mother’s line-dried laundry so much that she, two lab mates, and their advisor conducted a study of how the smell of laundry dried indoors, outside in the shade, and outside in the sun differed. The laundry dried in the sun smelled best to them. She and others hypothesized that in the case of the sun-dried laundry, exposure to ultraviolent light “excited” certain molecules in the cloth so that they formed highly reactive “radicals” that led to the creation of aldehydes and ketones, organic molecules that our noses recognize from plants and perfumes.

Trying to absorb (no pun intended) all that just gives me a headache. I prefer to go with experience as the reason I smell sunshine. The philosopher Jean-Jacques Rousseau is said to have written that “smell is the sense of memory and desire.” I confess I haven’t checked to see if he did or not, but it sounds true to me.

And it jives with a study I read about from Germany’s Friedrich-Alexander University, where psychiatrists use scents in a targeted way to treat patients who have anhedonia, which is an inability to feel pleasure. A common symptom of depression, it is also present in anxiety disorders, schizophrenia, and dementia—which thankfully, despite what others may think, do not so far affect me. Those therapists believe that scents that spark memories of happier times help therapists guide patients’ emotions in a positive direction. That makes sense to me. 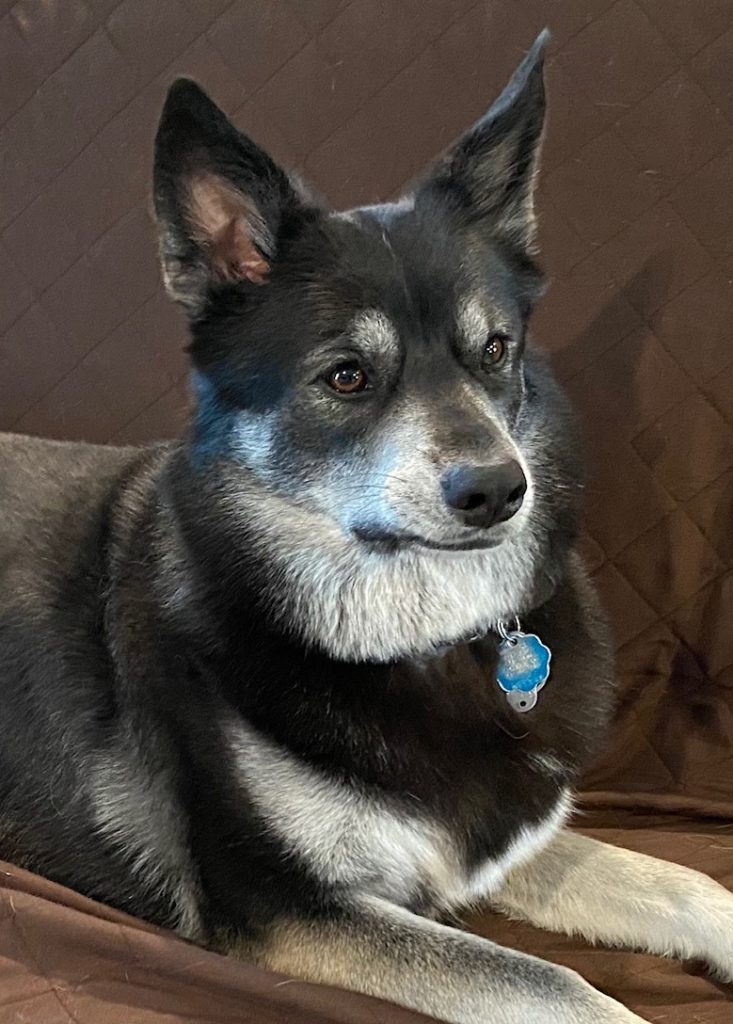 I love Gracie for the wonderful, happy, sweet dog she is, but both consciously and unconsciously I associate her with all those pleasant childhood summer experiences of sunshine in my clothes and bedcovers, and with Tiger, as well as with many hours spent lying in the yard on “retired” sunshine-soaked quilts reading books borrowed on weekly trips to the bookmobile.

Dogs are said to have three hundred times the smelling power of humans, and to be able to smell independently from either side of their nose, the coordination of which is one of the ways they locate the origins of certain smells that interest them. I wonder if they can smell sunshine. Somehow, I bet they can.