Have you ever had the feeling of being “a day late and a dollar short?” It hit me twice recently, and it hasn’t completely gone away. It’s a little like what Opie Taylor said after his daddy used the phrase “half a boy” on the Andy Griffith Show when trying to explain ratios. Still failing to get the point, the puzzled little fellow said he’d never seen half a boy. When Andy told him just to forget it, Opie replied, “Pretty hard to forget a thing like that, Pa.”

So, you ask, what has that got to do with long-dead white men? I’m coming to it.

My first day-late-and-dollar-short feeling came after I published Look Unto the Land this past August, and then in October, the renowned historian Adam Hochschild published American Midnight: The Great War, a Violent Peace, and Democracy’s Forgotten Crisis. Both books deal with the same tumultuous post-WWI period of American history.

I doubt that I would have changed anything in my novel if I had been able to read Hochschild’s sweeping work of nonfiction first. But I wish I could have seen it in time to cite it in my notes. In any case, I highly recommend it. 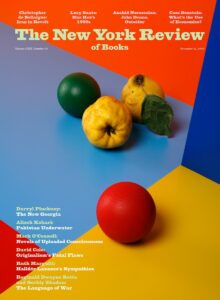 My second brush with the day-late-and-dollar-short feeling came after I posted my recent blog dealing with originalist views of the U.S. Constitution and then opened the next issue of the New York Review of Books and read Georgetown Law Center professor David Cole’s review of two new books on the subject. They are Edwin Chemerinsky’s Worse Than Nothing: The Dangerous Fallacy of Originalism (Yale University Press) and James E. Fleming’s Constructing Basic Liberties: A Defense of Substantive Due Process (University of Chicago Press).

As Cole, who is also the ACLU Legal Director, explains, originalism holds that the U.S. Constitution must be interpreted and enforced based on its original meaning. That is to say: what it meant when it was adopted. This theory—held by Trump-appointed Justices Neil Gorsuch, Brett Kavanaugh, and Amy Coney Barrett, as well as by Justice Samuel Alito and particularly by Justice Clarence Thomas—proved decisive in the recent Dobbs case, overturning Roe v. Wade. Basically, these justices argued that because the Constitution did not mention a right to abortion, it could not be interpreted to guarantee such a right. 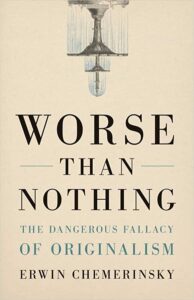 According to Cole, Chemerinsky, who is dean of the UC Berkeley Law School, demonstrates in his book that originalism involves as much individual judgement by justices as do other forms of constitutional interpretation. Justices pursuing this theory must engage in as much “interpreting” as any other justices.

There is little historical evidence of the framers’ thought or intent. Also, like today, many words then often had multiple meanings. And here is, it seems to me, the biggest problem with originalism: How can original meaning apply to things and circumstances that did not exist at the time of the writing? The Constitution says Congress can create an army and navy, but it says nothing about an air force or a space force. Yet we have both, and the constitutionality of neither is seriously doubted.

Then here is another thing. Chemerinsky points out that, quoting from Cole, “even the most devout originalists are only sometimes [italics added] originalists.” They can decide when to apply that thinking, as they did in Dobbs, and when not to. For example, even though the Constitution does not state that the Court can declare acts of other branches of government unconstitutional, the Court has held that it may do so.

Finally, Cole writes in his review, there is zero evidence anywhere that the framers thought the Constitution should always, and only, be interpreted according to its original meaning, as opposed to how meaning might evolve as society evolved, which they knew would happen. 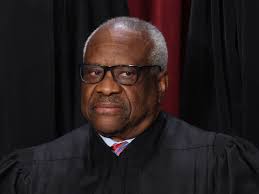 Thomas is the Court’s most extreme originalist. He wrote in Dobbs that that the Court should in the future examine people’s right to use contraception and marry someone of the same sex. Because, he wrote, those things are not mentioned in the Constitution. According to Cole, Thomas has also “advocated for abandoning fundamental First Amendment protections for the press and any constitutional rights for children” because those rights, too, are not specifically recognized in the Constitution.

Cole notes that so far Thomas “stands alone” in views such as these because they are “untenable” to other justices. This, says Cole, is a strong argument against the legitimacy of originalism. A better alternative, he contends is “common law constitutional interpretation,” a label coined by University of Chicago law professor David Strauss. Fortunately, it has been employed by justices on a regular basis.

The notion of common law constitutional interpretation starts with original text then recognizes how the Constitution’s broad and open-ended provisions have been defined and explained in cases over time in response to evolving contemporary circumstances. Cole puts it this way: “It is the Court’s evolving decisions, much more than the ‘original meaning,’ that define what the Constitution means today.” 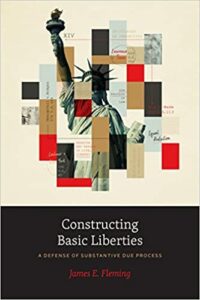 Fleming, a professor of law at Boston University, expands the argument for common law constitutional interpretation by examining historical application of the “due process” clause in the Fourteenth Amendment. Since adoption of that amendment more than 150 years ago, the Court has interpreted it numerous times in cases related to personal rights. These include, among others, prohibition of compulsory sterilization, the right of parents to send their children to private schools, the right of interracial and same-sex couples to marry, and the right of married couples to buy and use contraceptives. And yes, abortion rights, prior to the reversal of them in the Dobbs case earlier this year.

Justices who apply common law constitutional interpretation “are constrained,” says Cole as he explains Fleming’s view, “by the demand that they apply precedent and defend their judgement with reasoning that makes sense of all that has preceded” whatever decisions they make.

To quote Cole further, “where originalism purports to tie us to the mythical understandings of long-dead white men, Harlen and Fleming’s approach looks to the accumulated wisdom of preceding generations of jurists who have used legal reasoning to understand, apply, and thereby elucidate the Constitution’s open-ended provisions from generation to generation, ensuring that they reflect the nation’s most fundamental principles today.”

Every American has the right to prefer originalism over common law constitutional interpretation, or vice versa. But I prefer the latter. It seems to me that those long-dead white framers who used open-ended wording that could accommodate the unforeseeable future of those whose who came after them were smarter than originalists give them credit for.