The smallest things can trigger memories, whether they are pleasant or best forgotten. Sometimes the two types crop up together. That was the case a few days before Christmas when I looked out to see how much snow had fallen overnight and noticed a school bus coming down our street.

Longer ago than I prefer to say—though Lyndon Johnson was president at the time—I drove one of those big yellow “booger buggies”—which is technical terminology for “essential youth scholar transport modules”—to supplement my meager southern Arkansas teacher’s salary. The first thing that came to mind when I spotted this one was how early I had to get up back when I was driving. The second was how much dirt and trash I had to sweep out of the thing every evening.

Those images were overtaken pretty quickly, however, by recollections of the kids. For each of the four years that I drove, I had kids from first grade to high school, and many of them—probably more than I suspect might be the case today—would smile and say, “Good morning,” when they got on after breakfast and, “So long,” when they got off at their homes in the afternoon.

In all that time, there was only one fight on the bus, and it occurred on a day that I had a substitute driver. I’m especially proud of that because my bus was one of the first in our district—and I believe in all of southern Arkansas—to be integrated.

Not that I didn’t have my share of incidents. Some still bring a smile, even today. But a couple are just as frightening now as when they happened.

One afternoon as I was making stops on a busy two-lane highway, I happened to catch a grinning glance from an elementary school boy as he passed, with only his head visible, in front of the bus to cross the road. I had not noticed him step off amid several other riders, including his sister who was in one of my high school American history classes and often sat in the seat immediately behind me. When he came past the left front fender and into full view, his grin gave way to a full-face smile as he held up my briefcase, which I always placed beside the driver’s seat.

When he, his sister, and the others got to the shoulder of the road, they all turned and waived. Then they wheeled about and ran for their front doors. I did the only thing I could. I closed the door of the bus, pulled in the external operator-side stop sign, and drove on. When I came back along the highway heading home myself, having had sufficient time to quell my impulse to suspend the youngster from riding for a while, he was standing on the shoulder swinging the briefcase in front of him.

I slowed, popped the stop sign, came to a halt, and opened the door. He placed the briefcase on the floorboard, grinned, and stepped back. I shot him an evil eye then grinned myself, closed the door, and drove away. I never knew whether he took it or his sister did and then gave it to him to carry off. But it didn’t matter. We all laughed about it, and it has been the source of many more smiles over the years.

The same is true of another incident with an elementary school student. When it happened, however, it was briefly scary for both of us. Near that same spot on the highway, as we were headed out one afternoon the large rearview mirror at the front of the bus shattered. Or least I thought it did. With a loud bang, dozens of shards of what appeared to be glass scattered all over me and students in the first few rows of seats. Startled and fearing something awful, I immediately hit the flashers, slowed, and pulled onto the shoulder. 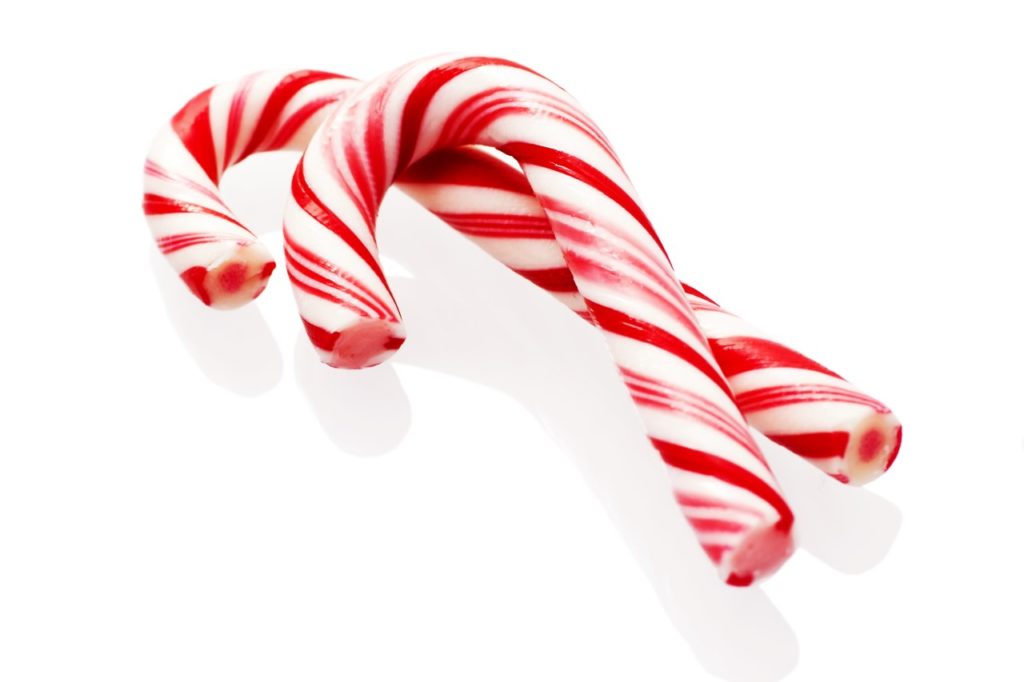 As I rose from my seat and looked down the aisle, three rows back on my left a little second-grade girl was sliding down in her seat with tears starting to stream down her cheeks. I guess I must have looked pretty mad. “She didn’t mean to do it,” an older student sitting behind her said. She had been carrying a gigantic peppermint candy cane in a paper bag, and in an effort to break it up so she could share it, she had swung the bag hard against the handrail on the seat in front of her. Driven by the force of her downswing and the collision with the handrail, the cane had sailed through the bottom of the bag and struck the front of the bus just above the mirror and literally disintegrated. I reassured her as best I could and resumed the route, and when she got off she gave me the most wonderful, heartbreaking smile.

There were no smiles, though, the morning that the left front tie-rod came loose on the bus as I was headed out on the route. I was going downhill on that same busy highway doing about 45-50 mph when suddenly the steering wheel felt as if it were loose in my hands. Turning it had no impact on steering and naturally I started braking.

In a flash, the left front dipped sharply downward and the bus made an abrupt 90-degree left turn across traffic and headed airborne over the edge of a sharp 15-foot drop off into a large display of headstones from a cemetery monument works. The brakes I heard squealing were not mine, and I thought surely I would end up needing one of the markers. I gripped the steering wheel to brace myself just before the grill of the bus, which by now had far overrun its front axle, plowed into the ground sending all the seats behind me flying forward.

My forehead hit something that raised a huge bump and left me seeing stars, but thankfully a hand-pole on the aisle saved me from being hit from behind. I awoke to people pounding on the door trying to get me out, but all I could think of was, “Thank the good Lord there weren’t any children on the bus.” For that, I felt fortunate indeed.

I was also lucky on another occasion when a mechanical part failed, this time in a new bus with all the kids on it. One afternoon after school, as I was nearing the end of a long exit ramp off a four-lane and getting ready to stop before pulling onto the aforementioned highway, the brakes failed. Only by downshifting then accelerating through a fortuitous break in oncoming traffic and then downshifting again did I manage to make my way through the intersection to a safe stop on the side of the highway.

The bus incident I’d like most to forget, however, didn’t have anything to do with either bus I drove. It happened right on the street I was looking at when all this recollecting started. During her early elementary-school years, our oldest child had some legitimate personal reasons for not getting to the end of the driveway, even with her parents’ help, by the time the bus got there. This irritated the driver no end. After she kept berating our child about it, the driver and I exchanged some opinions, and the next time our child didn’t get out there on time, the driver just kept on going.

On that particular morning, my wife had the “driveway duty,” and I was getting dressed for work. More or less. I was watching out an upstairs window wearing only my pajama bottoms. When the bus driver didn’t appear to give a single thought to waiting even a nanosecond, my brain kicked into high protect-our-child mode, and I raced barefoot down the stairs, out the front door, across the yard, and down the street.

Running with abandon, I caught up with and passed the bus just as the driver was pulling away from her next scheduled stop, and when I was far enough ahead, I leaped in front of the bus and waived it down. Words were exchanged again. From then on, the driver gave our child a break when it was needed. Meanwhile, on the evening of my mad dash, all the neighborhood kids asked their parents, “Did you see Mr. Adams running naked down the street this morning?” And while I swear here for the ump-thousandth time that I was wearing pajama bottoms, my own kids now won’t stop contending that I was not.

School bus and candy cane images are from Shutterstock.