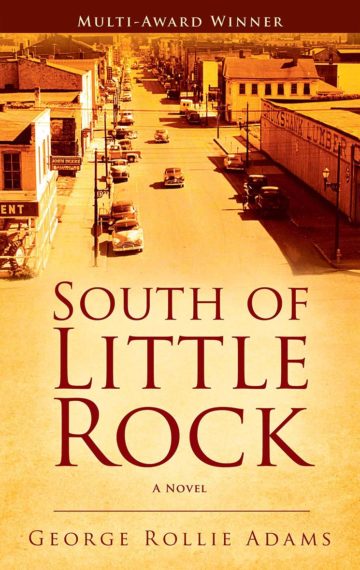 Buy on AmazonBuy from your favorite eBook retailer

A powerful story of race, family, and small town life in the South in the 1950s

When the Little Rock Central High School desegregation crisis sends shock waves across the nation in 1957, widower Sam Tate, a white merchant and councilman with two young children, faces new questions of conscience, belief, and child-rearing in tiny Unionville, Arkansas. Becky Reeves, an unmarried northerner who has come south to teach while hiding a secret past, must decide how to approach current events in her seventh-grade class without getting fired. Gran Tate, a strong-willed woman who likes quilting and helping raise her grandchildren, dislikes blacks and Yankees and fears she may lose everything she holds dear.

Life gets more complicated for all of them when Governor Faubus calls out the National Guard to stop the integration of Central High, President Eisenhower sends federal troops to enforce it, and Unionville editor Preston Upshaw fans the flames of hatred to sell newspapers.

Amid cross burnings, White Citizens’ Council meetings, and fervent speculating and sermonizing by townsfolk, white and black, at home, work, and church, Sam questions old ways, Gran clings to tradition, and Becky angers parents and school officials. The unrest brings Sam and Becky together then combines with Becky’s secret to stand between them in an emotional journey through a world where love and courage struggle against fear and hate.

Praise for South of Little Rock

“South of Little Rock not only captures America’s small-town past, it says something seminal—and remarkably relevant today—about our racial history.” – Charles Phillips, coauthor of What Every American Should Know about American History

“Meticulously researched, crisply rendered, and smartly constructed, South of Little Rock is an absorbing read.” – Scott Eberle, member of the New York State Council on the Arts and blogger for Psychology Today

“George Rollie Adams creates realistic characters and dialogue like a master playwright, with all the rhythms and incidental poetry of everyday conversations in a complex place and time. Reading South of Little Rock will be a highlight of anyone’s year.” – Don Daglow, Emmy Award-winning video game designer and author of The Fog Seller: A San Francisco Mystery

“South of Little Rock takes us back to a turbulent and troubled time to explore issues that continue to shape our lives.” – Lisa Feinstein, educator and history museum executive

“George Rollie Adams perfectly captures the racial tensions of the time. Layers upon layers of emotions [are] woven into the narrative. South of Little Rock was a pleasure to read.” – Readers’ Favorite Five-Star Review