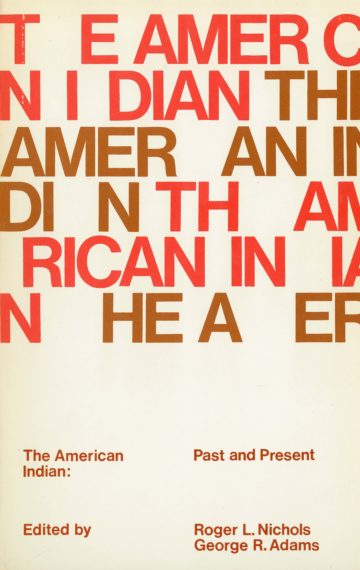 Coedited with Roger L. Nichols, The American Indian: Past and Present is the first edition in a series that  Nichols continued in subsequent years under the same title. All are intended chiefly but not exclusively for use in college and university courses. This first edition assembles key readings that collectively provide an overview of the history of indigenous peoples in North America from their initial contact with Europeans to 1970.

The editors examined some thirteen hundred articles and essays by historians and anthropologists and selected twenty-four pieces for inclusion in the book. Brief headnotes introduce each reading. Together, the pieces illuminate the changing relationships between white and native populations over time, the ever-changing situations in which institutional practices and policies placed  indigenous people, the ways in which they attempted to deal with those changes, and how all of that affected lives and culture.