I realize that lots of people like year-end list-making, but I’m more than a little ambivalent about it. Seems like there’s way too much of it—ten best movies, twenty best books, fifteen top TV shows, top ten songs, ten biggest news stories, five worst weather events, and on and on. They come at you from everywhere—the newspaper, the Internet, magazines, television. I cast an occasional glance at them, but mostly I find all that re-hashing tiring.

Nevertheless, I’ve been moved to get into it at least a little bit. In a way, I guess I’ve been in it somewhat all year long, by keeping a list of books and short stories I have read. List-making is not what moved me to write this post, however.

Over time I’ve been known as a teacher, historian, and museum professional, and now I like to think I fall under the heading of writer, though that’s a designation ultimately more appropriate for readers to grant than for me to claim, despite the fact that I unabashedly do. In any case, writers are also readers. We read for lots of reasons—for enjoyment, for inspiration, for research, and to grow our craft by seeing how other writers approach theirs. 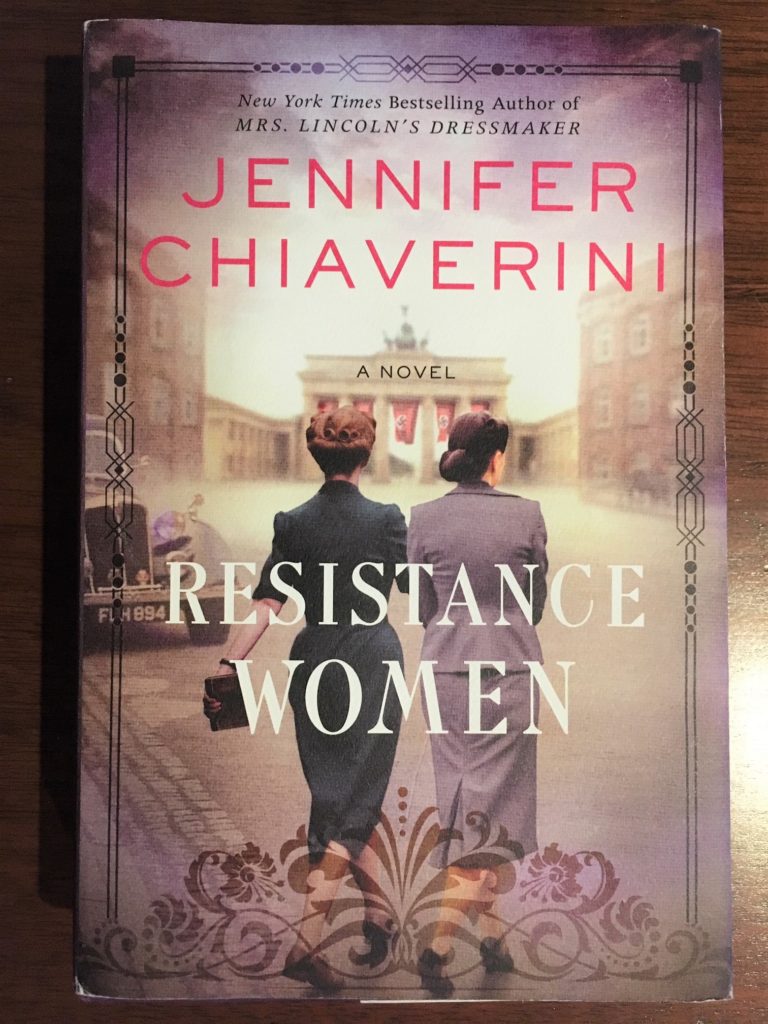 I drew all of those things from quite a number of books over the last twelve months, but four leap to mind immediately, among the dozens of others I found my way through. Not surprisingly, three are novels and three deal to some extent with the past. All four have something important to say to us about the world we live in today.

I was captivated by the writing, the story, and the careful attention to historical detail in Resistance Women by Jennifer Chiaverini, an accomplished novelist who launched her career by writing heart-warming stories around quilting themes then evolved into an outstanding writer of serious historical fiction, not the romance novel kind.

Resistance Women is a well-researched book about the experiences of four diverse women—two Americans and two Germans—living in Europe and participating in the resistance, chiefly in Germany, during the rise of Nazism and the unfolding of World War II. Their overlapping stories are riveting, and also frightening because they illuminate the gradual but steady rise of nationalism, populism, xenophobia, media suppression, and cult of personality in leadership that led to dictatorship, the erosion of fundamental human rights, the Holocaust, and the deaths of tens of millions of people. None of this history was new to me, but it was impossible to read it again in this format without seeing striking early-on parallels with much of what is going on in our own country today. The similarities are clear and should alarm us all. 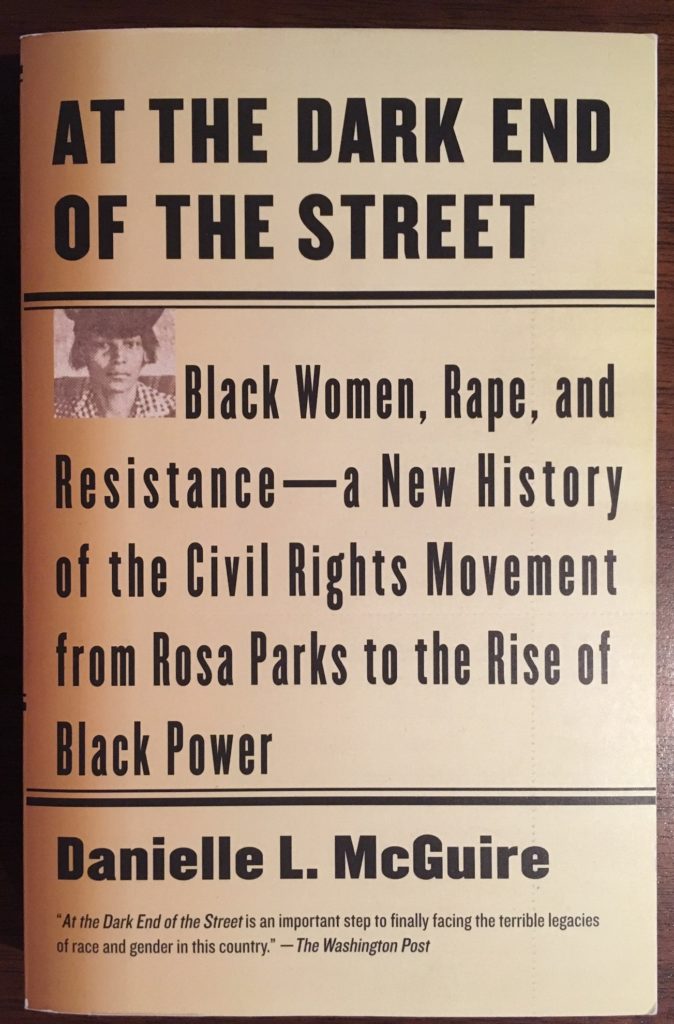 Equally disturbing and of similar significance is Danielle L. McGuire’s non-fiction work At the Dark End of the Street: Black Women, Rape, and Resistance—a New History of the Civil Rights Movement from Rosa Parks to the Rise of Black Power, an extraordinarily well-researched and well-written monograph that shows how, starting in the 1940s, the courage and determination of a few women of color to fight a judicial system that for decades allowed white male sexual exploitation of black females to go unpunished eventually brought change. These women’s determination to pursue justice through testimony, protest, and organization—especially the work of Rosa Parks for years before the Montgomery bus boycott—became, in McGuire’s words “a bookend” for the Civil Rights Movement.

After bringing new attention to this important history, McGuire concludes that until we “come to terms” with it, including “its most shameful secrets and their legacies,” we can’t “really understand the past nor appreciate the present.”

Reading, thinking about, and trying to understand these disturbing aspects of our history and using that understanding to try to make today’s world somehow better and safer is a sobering task. Fortunately, there are a lot of people, groups, and organizations laboring to do it, and it’s important to remember, recognize, participate in, and support those efforts. 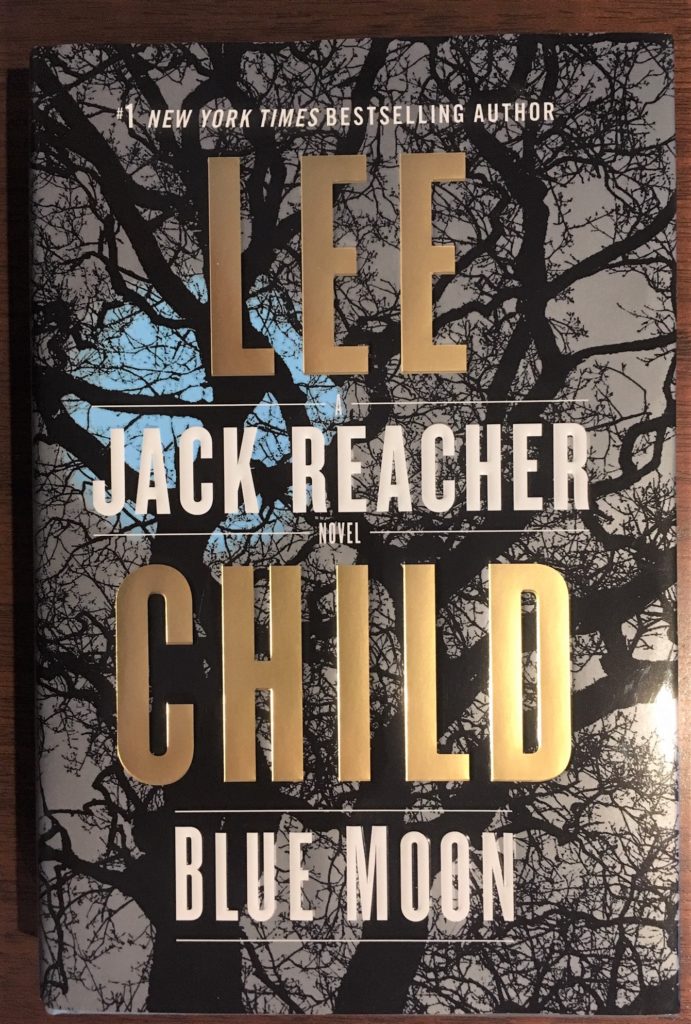 As that work goes on, it’s okay—indeed, healthy—to sometimes find momentary relief in a story where the bad guys get what they have coming to them in full and in a hurry. So, I confess to having enormously enjoyed Lee Child’s latest Jack Reacher novel, Blue Moon.

I’ve read most of Child’s Reacher novels. I like his crisp and easy-to-read writing style and the fast pace of his stories, and I freely admit that I delight in seeing the bad guys get the you-know-what kicked out of them when they so clearly deserve it and are unlikely to get it otherwise. I know that’s being judgmental, but I prefer to think of Childs’ novels as temporary stress-relieving emotional escapes from reality. This time Reacher comes to the aid of an older couple who are caught up in the high cost of medical care and victimized by loan sharks. Does that sound at least a tad timely? 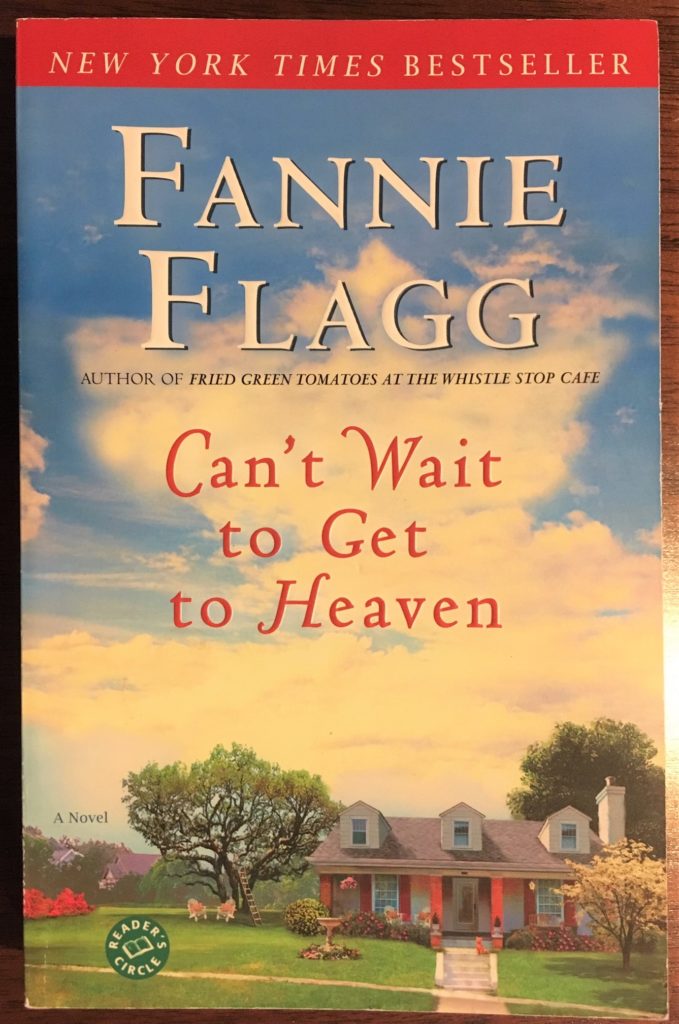 For another change of pace, sheer fun, lots of laughs, and a down-home story that sees the good in people, I finished off the year with Fannie Flagg’s Can’t Wait to Get to Heaven. As with Lee Child, I’ve read most of Fannie Flagg’s novels, and I read this one a number of years ago, pre-list-making.

I had forgotten most of it, however, and it was a good book to finish up the year with. I won’t spoil it for anyone who hasn’t read it by telling too much here, but the premise is that the primary protagonist, ninety-something-year-old Elner Shimfissle—I love Flagg’s character names—has a unique accident, is pronounced dead to the great dismay of her many friends, and takes a short trip to heaven before springing fully awake in the hospital a few hours later. While in heaven, “Her Maker” asks her what her philosophy of life is, and Elner says she just tries to do her best and get along with people. “Her Maker” loves her answer.

In an interview at the back of the novel, Flagg admits that she wrote it in part to try to cheer people up. Despite all the bad things in the world, she says, there’s an awful lot of good, but regrettably all the noise about the bad overshadows it. This book and its message about looking on the sunny side is definitely one of the good things. If that’s not enough to make you want to read it, there’s this: Flagg’s depiction of heaven, as seen through the eyes of Elner Shimfissle, is a trip. Interpret “trip” however you wish, but I dare you to read about it without smiling.